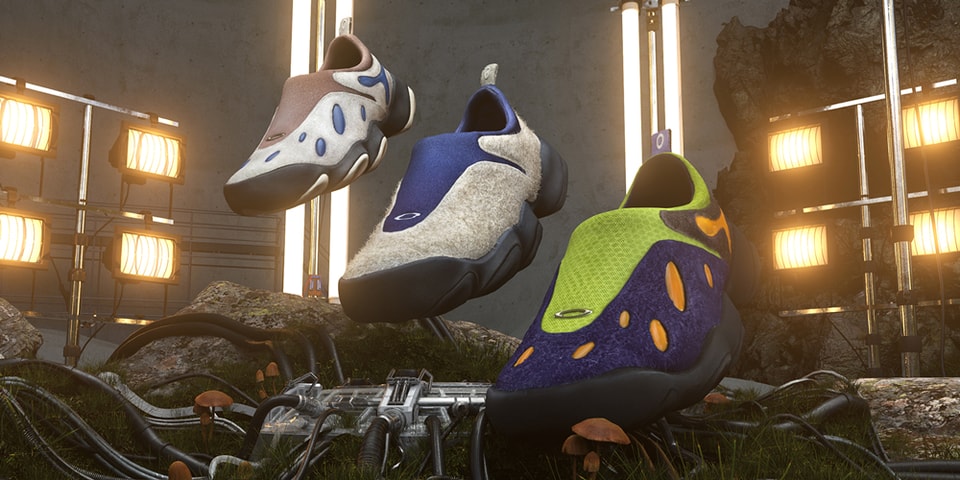 Brain Dead has announced that it will join Oakley in reviving its “Oakley Factory Team” innovation lab. The new project “will advance Oakley’s rich history of innovation and experimentation by integrating DNA from archived products into new designs through Brain Dead’s design and marketing matrix,” the Oakley team announced. Factory in its very first press release.

For the duo’s first project, they revisit the Oakley footwear archives from the 2000s, releasing three new colorways of the laceless Oakley Flesh silhouette. Design tweaks include replacing the stock rubber midsole with a layer of phylon for a lighter, more wearable construction and adding oval gel appliques for a forward-facing aesthetic. The uppers are brushed calf leather, the padded sock liner is fitted neoprene, and metal Oakley logos adorn the toe. A modular finger-shaped outsole completes the design.

“The result is a new take on Flesh with a neo-futuristic aesthetic that borders on rebellion,” said Oakley Vice President, Product Creative Catalyst Brian Takumi.

“Brain Dead has always been one to push the boundaries of the avant-garde through experimentation,” adds Brain Dead founder Kyle Ng. “We seek to take the founders of Oakley’s original concepts and ideas and bring them forward into our new world. Some of Oakley’s early creations, like the Flesh, seemed so futuristic at the time that it’s only now that they have begun to look like contemporary objects.

The Brain Dead x Oakley Factory Team Flesh D1 collection consisting of “Ice” and “Lime/Blue” colorways is set to debut on April 19 for $165, while the simpler Oakley Factory Team Flesh “Sand/Blue” colorway will release on May 3 for US$155. Collaborative Pairs can be purchased on the Brain Dead website and physical retailers as well as selected resellers, including HBX, Dover street marketand bodega.

Elsewhere in the shoes, the Forum Low 84 collaboration from M&M’s and adidas Originals is the nut.