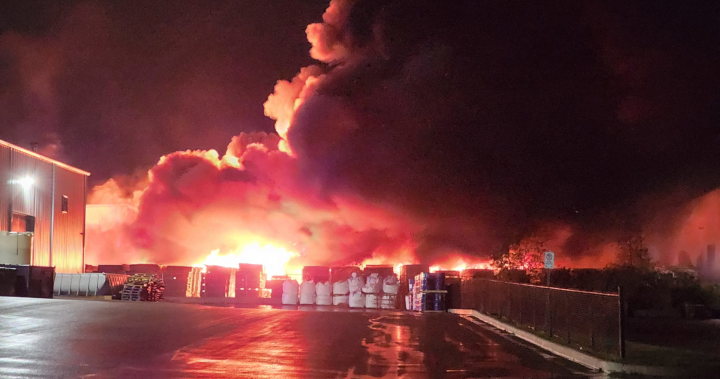 The City of Brantford says the fire at a Henry Street rubber plant is under control and area air quality tests show it is unlikely to have caused health concerns .

The factory fire broke out Tuesday evening around 8:30 p.m. and the city says it stopped emitting smoke at 1:30 a.m. Thursday morning.

It says fire crews are still on site to ensure the fire is completely extinguished.

The story continues under the ad

He notes that the latest readings were taken early Thursday morning near the Henry Street and Garden Avenue fire, which showed particles in the air were low.

“As such, MECP and BCHU do not anticipate any public health impacts resulting from short-term exposure to the fire plume,” the statement said.

“Furthermore, the levels are well below the ministry’s emergency screening values. “

That said, the city is still asking businesses and homes in the area to keep windows and doors closed, keep HVAC systems off, and stay indoors as much as possible.

It also asks residents to avoid the area and follow road closure signs and detours that remain in place.