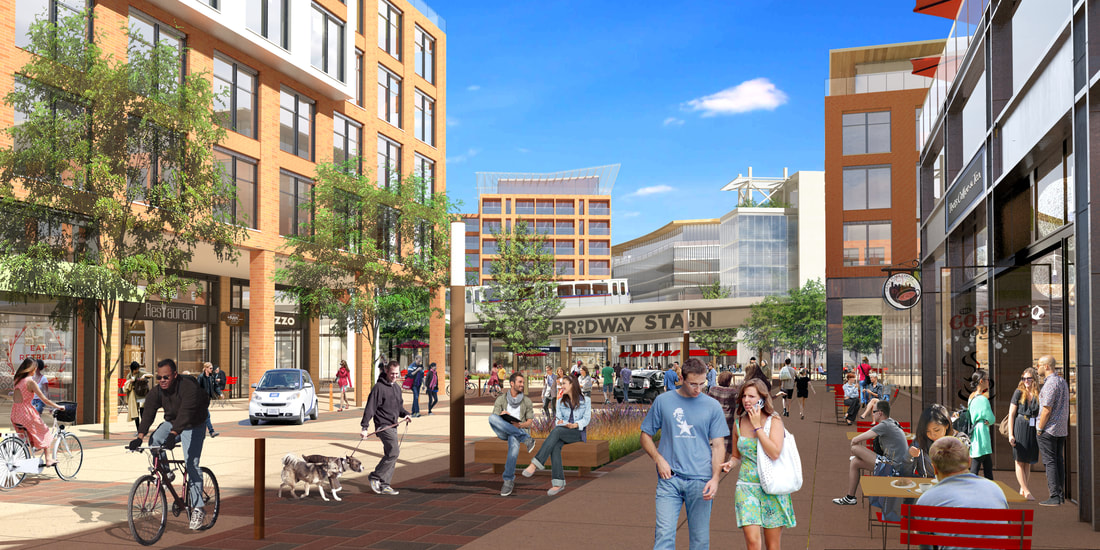 A developer bought 7.5 acres to build homes, offices and places to spend money on Tuesday.

Owners of the dirt and asphalt crater next to I-25 and the Broadway light rail station have finally found a buyer to build homes, businesses, offices and parks on the site.

Austin-based Endeavor Real Estate Group closed on the land, which is part of the former Gates Rubber Plant site, on Tuesday afternoon. The company did not disclose the price it paid for the 7.5 acres in Broadway and Mississippi.

People call the prospective neighborhood “Broadway Station.â€ They also call it “Mid-Town” and “Midtown” (no one calls it MidTo). But there won’t be a â€œthereâ€ for a while.

Endeavor plans to break ground in 2020, nearly two decades after a developer tried and failed to fund a project there.

â€œObviously we know how important this is because of the false starts that have happened in the past,â€ said Lisa Ingle of Broadway Station Partners, which sold this slice of the Gates site. “We hope this crumbling property sees its vision come true.”

This vision of a pedestrian area anchored by the station was approved by the Denver City Council in 2017 after a public procedure. Expect buildings up to 16 stories tall.

More than 13 acres are still available on the west side. Together, these sites will see approximately 2,500 apartments, 1 million square feet of office space and 200,000 square feet of retail, according to the master plan.

â€œAs Denver continues to grow at a rapid pace, this project will be essential in creating a transit-focused hub for people to live, work and play while providing key infrastructure and quality amenities from life for the wider community,” the city said. Council Chairman Jolon Clark, who represents the district, said in a statement.

It is unclear what will happen to RTD’s 1,200 incentive parking spaces. Endeavor has not reached an agreement with the transit agency, according to company spokeswoman Alana Watkins.

The developer will build accessible housing.

The Broadway station partners have “voluntarily agreed” to make 13.5% of the units in each rental building “affordable,” according to a Denver Office of Economic Development contract. This means that households earning 80% of the median income or less will be eligible.

“With respect to the affordable component, Endeavor will adhere to what was established with the initial agreements the vendor put in place with the city when they secured the original rights, but we don’t have more details than that at the moment,” Watkins said via email.