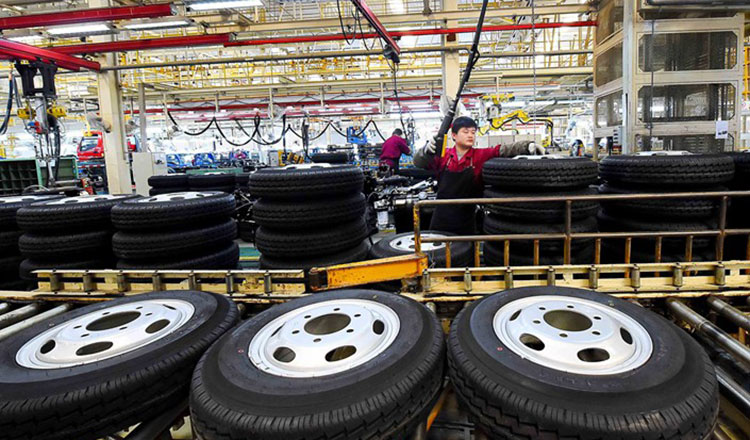 Chinese tire company Jiangsu General has announced that it will soon issue shares on the Shanghai Stock Exchange as part of a non-public financing initiative for its upcoming manufacturing unit in the Sihanoukville Special Economic Zone (SSEZ) in the Preah Sihanouk province in Cambodia.

The groundbreaking ceremony for Jiangsu General’s plant in Cambodia, its second overseas plant, took place in January 2022. The tire maker’s Thai base already has a production capacity of one million of all-steel radial tires and six million semi-steel radial tires.

The stock issuance plan shows that Jiangsu General will issue shares to no more than 35 specific investors. The number of shares to be issued shall not exceed 386,578,320 units, or 30% of Jiangsu General’s total share capital before the shares are issued.

The total amount of funds raised will not exceed 1.018 billion yuan or $148.34 million. According to reports, HOdo Group, the majority shareholder of Jiangsu General, will subscribe for shares in cash, with an subscription amount of not less than 30 million yuan ($4.37 million) and not more than 200 million yuan ($29.14 million).

The project is expected to create more than 1,600 jobs.

On January 11, 2021, the Commerce Department of Jiangsu Province approved Jiangsu General Science Technology Co. Ltd (GS Tire)’s US$300 million investment in a new tire factory in Cambodia. The company’s stock filings previously described the plant would have an investment of $204 million, suggesting that the scope of the project increased significantly later.

According to a market filing published on the Shanghai Stock Exchange on June 3, 2021, the new Cambodian plant will initially manufacture six million tires per year. Construction of the new tire plant will be completed by the end of this year.

In order to carry out the construction project, Jiangsu General will establish a local subsidiary called General Rubber (Cambodia) Co., Ltd, which will be registered in the Special Economic Zone of Sihanoukville, Cambodia. The limited liability company will start with a registered capital of 400 million yuan ($58.28 million), less than a third of the overall construction project budget.

The project is also believed to be part of China’s “One Belt One Road” development strategy. SSEZ currently hosts 170 factories in the European Union, the United States, China and the Southeast Asian region and has generated some 30,000 jobs for locals.

Jiangsu General is the 33rd largest tire manufacturer in the world. However, with annual sales of $523.82 million in 2020 and around that level for the past five years, the company is clearly a growing international player – a point underscored by its latest expansion plans. investment in the tire factory in Cambodia.