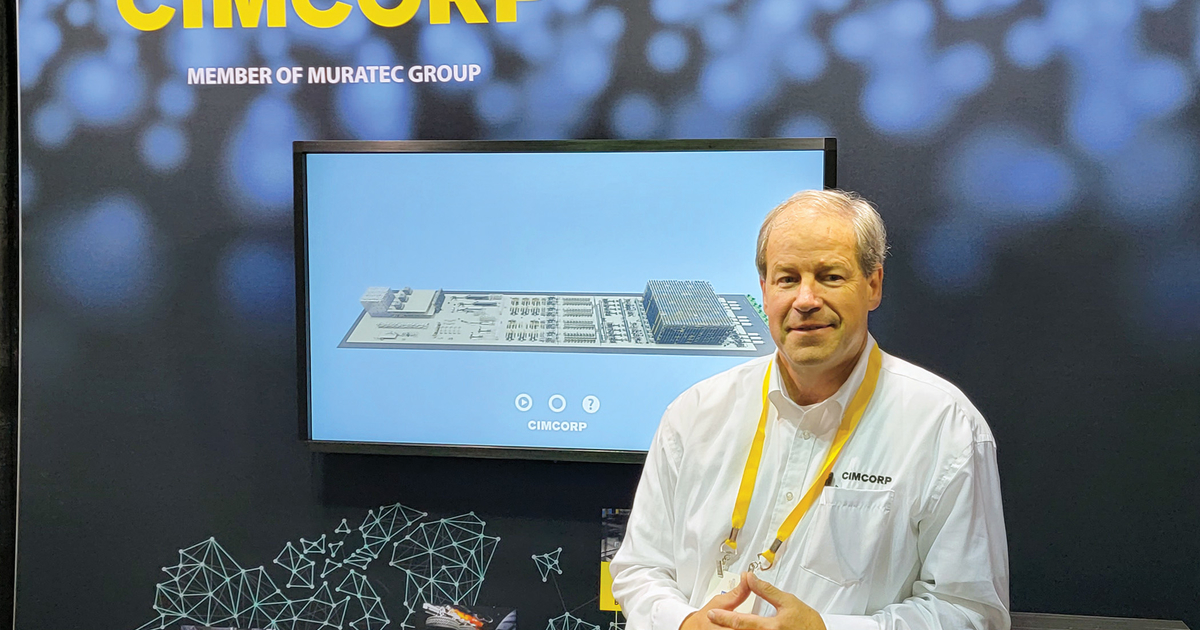 Heelis said the Dream Factory concept has been around for 10 years and represents the company’s way of introducing the system to the industry and emphasizing that it is implementing it as a factory-wide project.

“We are the largest global supplier of automation to any industry with equipment installed in the Americas, Europe and Asia. We are truly a global company and well known to major tire manufacturers,” Heelis said.

Cimcorp has sold over 2,500 systems in over 40 countries on six continents.

With many new automated, efficient and modern factories built over the past few years, Heelis mentioned that something similar needs to happen with brownfields to increase their levels of automation, productivity and volume. Cimcorp realizes that brownfield solutions, particularly in Western Europe and North America, will become a key part of Cimcorp’s business in the future.

For new factories, it is essential to plan the factory footprint in concert with the automation and to layout the factory around how the automation works. Cimcorp’s parent company is Japan-based Muratec Group, which is one of the world’s top five companies for factory automation.

Heelis said Muratec was able to include a number of its automation packages in the Dream Factory concept.

As the tire industry continues to automate, Cimcorp continues to find ways to utilize the latest and most promising technology as part of its automation packages.

“Automation within the tire industry will continue to evolve and grow. It’s a growing industry on two levels, physical (mechanical and robotic) and software,” Heelis said. “We plan to integrate growing technologies such as artificial intelligence and the use of the Internet in the future.”

Cimcorp manufactures most of its products in Europe, with some manufacturing in Canada. The company has business locations in several countries, including Finland, Canada and the greater Atlanta area. Subsidiaries are located in Spain, Germany and India.