Exactly one week after going under the knife to repair a torn pectoral tendon, Cody Rhodes is back to work.

On Thursday, training center Nightmare Factory shared a photo of Rhodes watching a tape with its students, as seen below. It looks like they studied the classic fight between WWE Hall of Famers Bret Hart and Mr. Perfect at SummerSlam 1991. 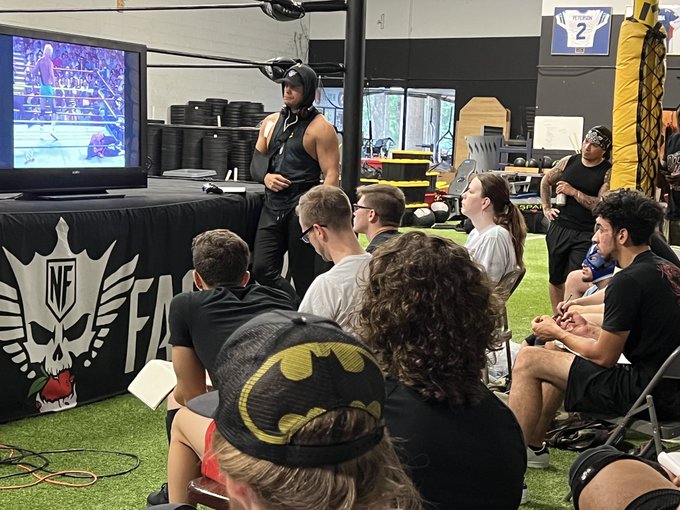 Rhodes and AEW star QT Marshall started the wrestling school in 2020. According to the the school websiteRhodes and his team are currently accepting applications for the next camp which will begin in October 2022.

Leading up to Cody Rhodes vs. Seth Rollins III at Hell in a Cell, WWE featured the Nightmare Factory in a vignette where Rhodes explained the school’s importance to his evolution as a professional wrestler.

Shortly after returning to WWE at WrestleMania 38, Rhodes said in a presser that the Nightmare Factory will never be affiliated with a single company.

“The Nightmare Factory has never been connected to anywhere, so I want them all [the wrestling companies]“A lot of them think this is a fast track to a wrestling business, and I understand why. People were summoned. But I try to tell them, “this is a fast track to learning how to make money in sports entertainment and pro wrestling.” The first thing I do is say ‘hey, don’t be afraid to ask. If you want to talk to a Michael Lombardi at NEW, or if you want to go to Chaotic or All Pro Wrestling, tell them you trained here. Exactly. If you don’t make it to the end of the 12 weeks, we don’t have to worry about it.

“But all the successful ones, that’s the hardest thing for me, because I love all these kids, and we’re like in camp five. It’s just too much at this point. I remember my first student, it was Brooke Havok, and now, in every camp, there is someone like that. I wanted to nurture the space of wrestling and sports entertainment, and I want them to go and make the right decisions. We we have trainers over there from one company, we have trainers over there from another company, everything is harmony and synergy.

Rhodes is expected to miss up to 9 months of action, WWE announced last Friday after undergoing surgery.

Got a tip or fix? Send it to [email protected]