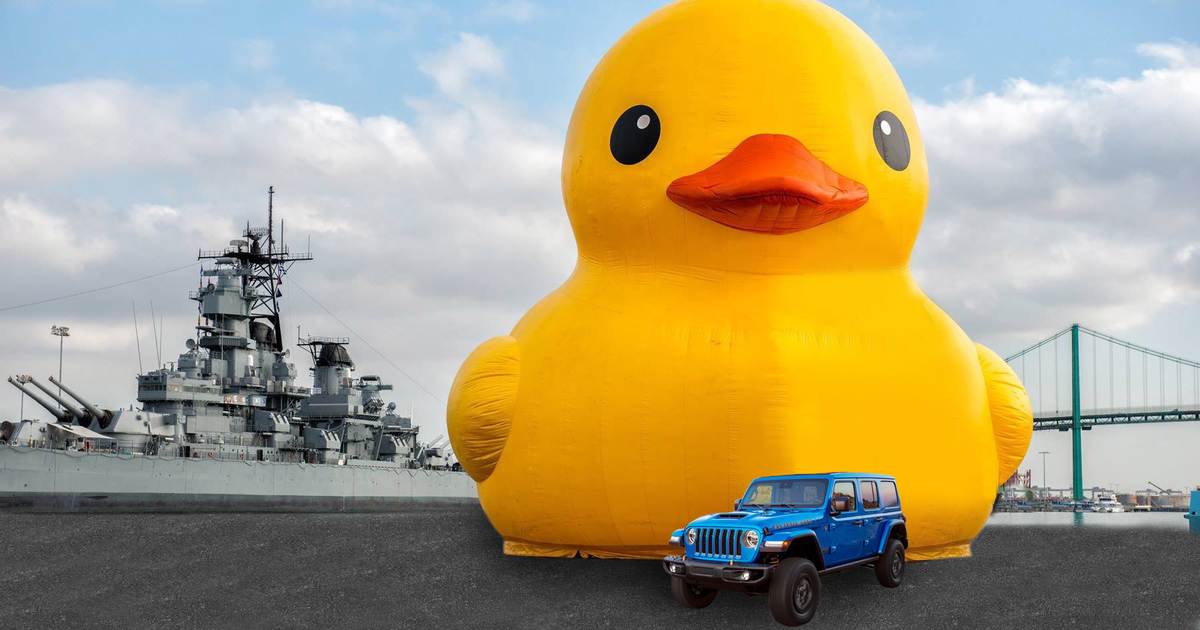 The North American International Auto Show is set to open to the public on September 17, and to build interest there are several non-automotive activities designed to appeal to families. This includes the “the largest rubber duck in the world”, which stands 61 feet tall and weighs 30,000 pounds; a “Dinosaur and ATV Encounter” with 80 dinosaur recreations; food trucks; an airshow with electric planes; and the Flintmobile, a studio prop from the 1994 live-action version of The Flintstones.

The duck has at least a slight connection to the automotive industry. The full-sized rubber duckies were the subject of a viral “duck, duck, Jeep” game played by Stellantis NV’s Jeep brand fans to connect with other Jeep drivers.

The Detroit show moved to the end of the summer from its traditional location in January, a move that was already set to take place in 2020 when COVID-19 halted plans for two years.

Of course, the move from January to September isn’t the biggest change facing major auto shows. The Geneva auto show, which traditionally takes place in February, will instead take place in November 2023 in Doha, Qatar. The Geneva International Motor Show in Qatar left Switzerland due to unspecified “economic, geopolitical and pandemic concerns”.