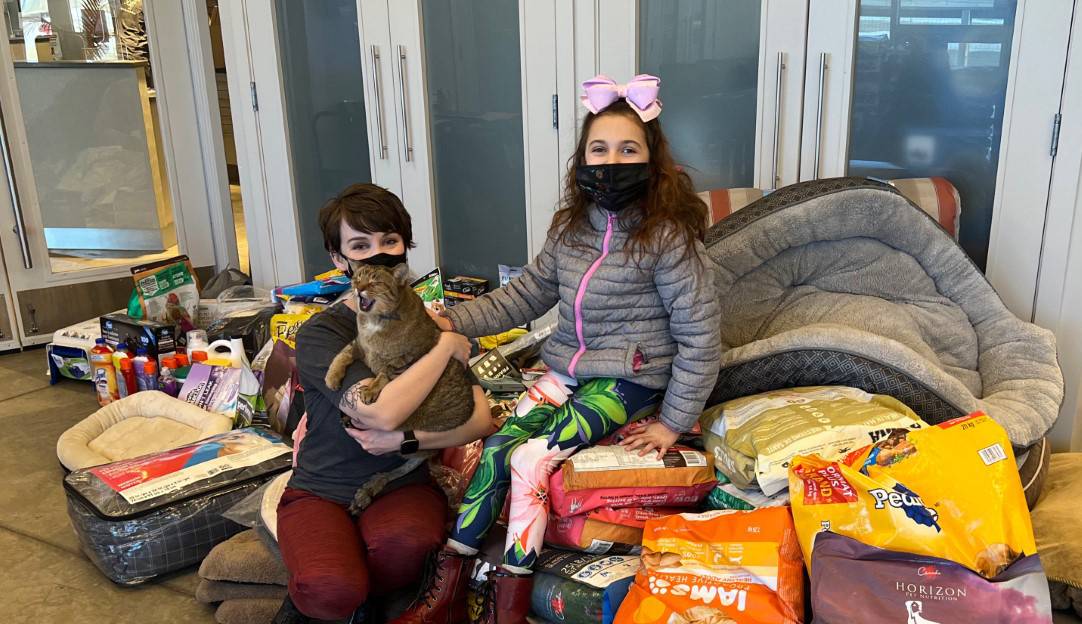 On February 2, eight-year-old Kate van Rensburg donated $3,500 in food and pet supplies to the Kamloops branch of the British Columbia Society for the Prevention of Cruelty to Animals (SPCA).

“Kate decided to do this because she loves animals and really wanted to help them,” says Kate’s mother, Vanessa van Rensburg.

“She doesn’t like to see animals hurting themselves or starving themselves. Kate and her brother once rescued a litter of kittens in mid-winter and we still have one now, a year and a half later.

Kate first decided to contact numerous shelters to find out what she could do to most effectively help animals in need.

“His idea was received in the best possible way by the staff at the Kamloops SPCA,” says Vanessa.

Together, these companies donated over 300 pounds of food and Canadian Tire donated $670 in vouchers.

Promoting her ‘Fluffy Friends Fundraiser’ initiative on Facebook and with posters she had made, Kate also began making items to sell and raise funds.

“Kate made over 400 weaving ladybugs which she sold for $2 apiece at three Centennials home games and spent an afternoon at Save-On-Foods,” Vanessa explains.

“Kate and her brother Aiden also went door-to-door selling the ladybugs. In addition to that, we advertised the ladybugs on Facebook Marketplace and other pages.

This isn’t the first time Kate and her brother have stepped up to support a worthy cause. In response to the 2021 South African unrest, the siblings set up a candy and drink stand and also sold paint for and abstract paintings on canvas between $5 and $20.

“They raised just over $2,000 and the money was sent to South Africa during a time of extreme political violence and rioting,” Vanessa explained.

“Stores were burned and trucks that were able to get supplies at the port were diverted and looted, while most ships simply bypassed ports and never even unloaded for fear of looting. hundreds of thousands of families without food, income, gas or electricity Once the money arrived in South Africa, those who could buy items did so and shared it with those who could not .

Vanessa shares that Kate, unfortunately, received criticism last month from people who felt she should be supporting local pet shelters instead of the Kamloops SPCA. However, Kate was undeterred.

“It taught him that not everyone will agree with you and your ideas, and that sometimes people will say no to you or make fun of you, but these are just small stepping stones in your journey and these negatives can be converted into positives that will ultimately propel you further,” says Vanessa.

When all was said and done and Kate arrived at the SPCA with donations in hand, she had 270kg of dog food, 50kg of cat food, 11kg of dog treats and 2kg of cat treats .

One can only wonder what Kate’s next act of kindness will be, in the meantime, she advises, “Be kind to all of creation, and to each other.”