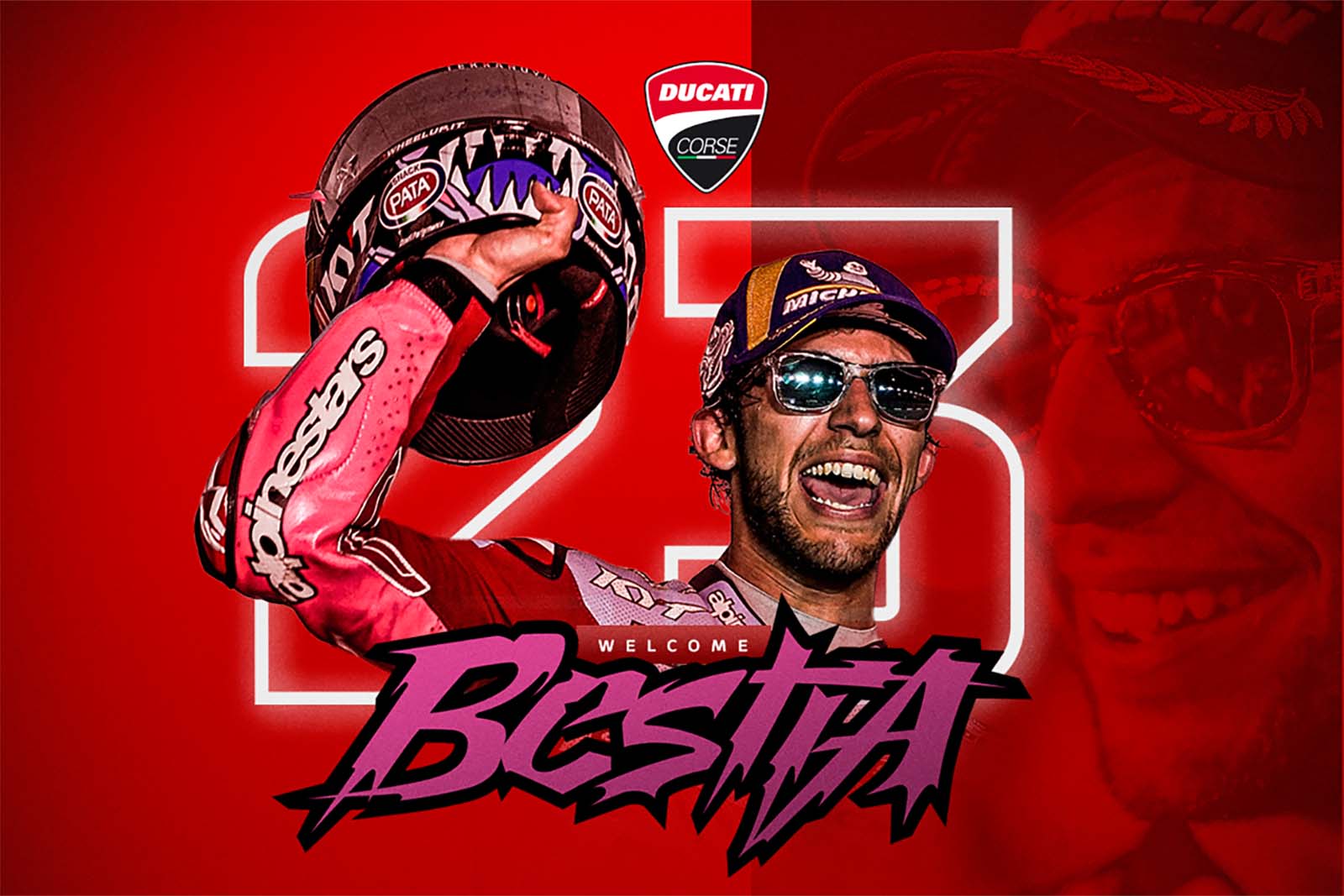 Ducati Corse’s MotoGP project executives have now chosen the Italian over Spanish rival Jorge Martin for the seat alongside Pecco Bagnaia. Bastianini and Bagnaia will form the Ducati factory team for the next two seasons, until 2024.

Ducati had waited a long time to choose between Gresini Ducati’s Bastianini and Pramac Ducati’s Jorge Martin. In the end, Bastianini prevailed with better and more consistent results.

Bastianini is currently 6th in the MotoGP championship, with 118 points including three wins and four DNFs, while Martin is 9th, with 87 points, with two podiums and four DNFs. The fact that Bastianini is Italian will only have played in his favor.

With Bastianini signed, that means nine of the ten factory MotoGP seats have been filled. We are only waiting for the confirmation (or other) of Joan Mir at Repsol Honda to complete this chapter.

And with the Ducati factory roster announced, Pramac can now officially confirm their roster for 2023, which will almost certainly be Jorge Martin and Johann Zarco. Alex Marquez will take the seat vacated by Bastianini at Gresini Ducati.

“I am delighted to be able to wear the official Ducati team colors from next year. It was my dream, and now it has come true. During these two years in MotoGP, I have learned and grown a lot , and I believe that I can only improve with the engineers and the men of the Ducati Lenovo team!” exclaimed Bastianini.

“I want to thank Claudio, Gigi, Paolo and Davide for trusting me and giving me this incredible opportunity. Nevertheless, I also want to thank Nadia and the whole Gresini team for the great support I have received from them during this wonderful season together. I will try to close this year 2022 in the best possible way before tackling my new adventure as a Ducati factory rider with full commitment and the right team spirit.