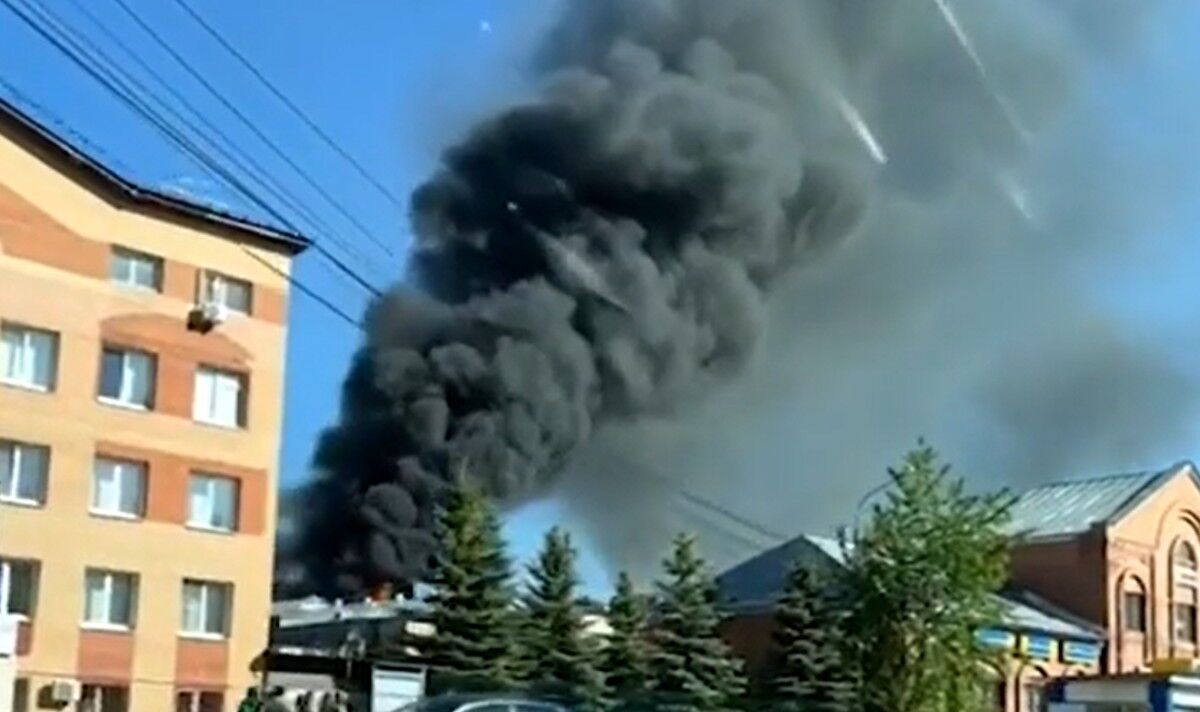 It is the latest in a series of fires breaking out in Russia as Vladimir Putin continues his invasion of Ukraine. News aggregator account, @visegrad24, took to Twitter to post a video showing black smoke billowing into the sky from the blaze in a town northwest of the capital.

They wrote alongside the video: “The Zagorsk Optical and Mechanical Plant in Sergiev Posad, Russia caught fire today.”

It comes just days after Russian firefighters were called to the regional parliament in the Russian city of Tyumen, with images circulating online of pillars of thick black smoke rising from the building.

Responders arrived around 8:30 a.m. local time on Saturday June 4 to tackle the blaze in the Siberian town about 1,000 miles from Moscow.

The blaze covered around 16,000 square feet, taking around two hours for emergency services to be extinguished.

Around 70 responders were needed to put out the blaze, the Russian Ministry of Emergency Services in the region said.

The day before, emergency services battled thick smoke at the Altyn Polimer facility in the Russian republic of Tatarstan.

The building would have housed rubber and plastic before igniting.

A devastating fire that injured two people broke out in Moscow on the same day.

“One of them was assisted on the spot.”

Also on the long list of mysterious fires in Russia in recent months is the one that hit a chemical plant in Berdsk, in the central Novosibirsk region.

And in April, Russian authorities announced they were opening an investigation into the cause of a major fire at an oil storage facility in Bryansk.

The city is located less than 100 miles from the Russian border with Ukraine.

Footage on social media showed what appeared to be two explosions with flames stretching skyward.

Videos circulating online also indicated a second fire in the city of 400,000 on the same evening.

The fires have fueled speculation that the blazes may have been acts of retaliation or sabotage of Kyiv, which Ukrainian authorities have never confirmed.