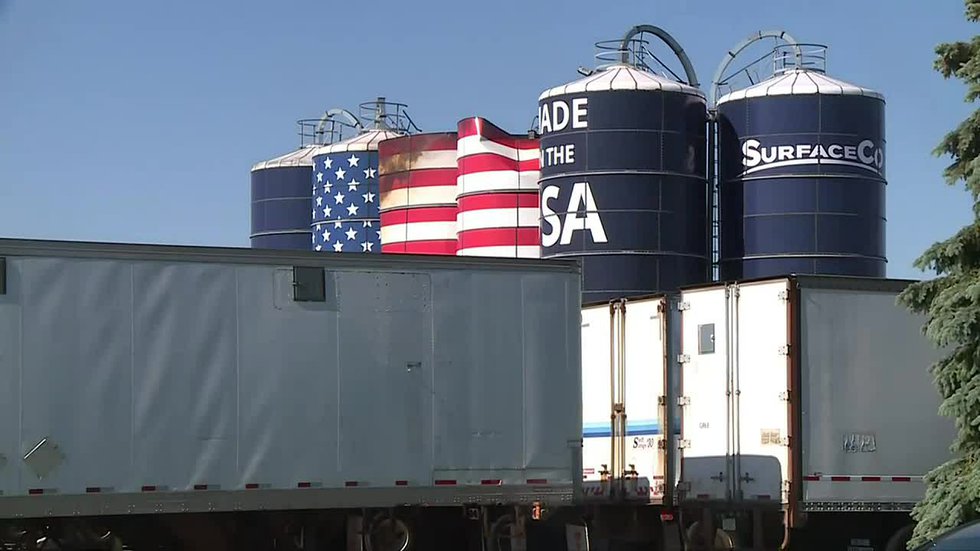 JANESVILLE, Wis. (WMTV) – An employee was injured after the tops of two silos exploded and caught fire Friday at a rubber manufacturing facility in Janesville, firefighters report.

Responders arrived at Humane Manufacturing, located at 1350 Venture Dr., after a call around 12:05 p.m., according to Rock County Dispatch.

According to the fire department report, the initial call said a silo had exploded and was on fire. When crews arrived, they reported that the tops had flown off of two of the silos that were outside the building.

Firefighters observed light smoke coming from the silos and smoke inside the manufacturing plant. The first team on site went inside the building and found no fire.

The Janesville Fire Department sued, saying firefighters remained on the scene for about three hours to put out the fire in the silos, which contained crushed rubber inside.

A facility employee was injured in the blast and JFD paramedics rushed him to St. Mary’s Hospital in Janesville.

Firefighters are still investigating the cause of the explosion and determining the damage.