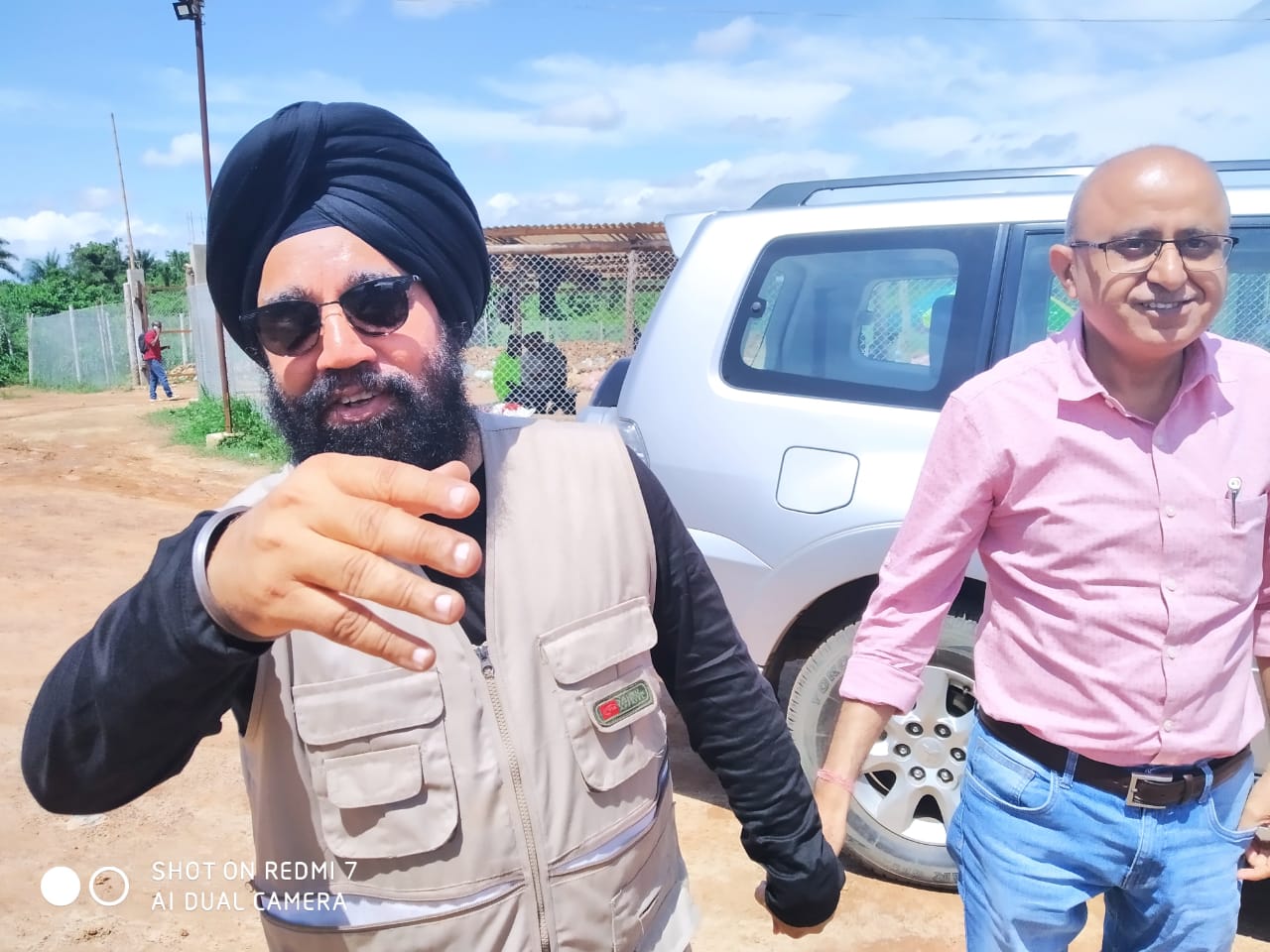 Production will start in 2026

Indian businessman and philanthropist Mr. Upjit Singh Sachdeva (known as Jeety) has started construction of a $25 million rubber processing plant in Cita, Margibi County, to produce tires for the first time in Liberia.

Mr Jeety told senior reporters during a visit to the ongoing construction site that tire production will begin in 2026, just 100 years after Firestone, the world’s top rubber producer, began operations in Liberia. and shipping latex out of the country.

The plant, including warehouses, washing and processing facilities, would be located on 13 hectares of property. Planned to be the largest in the country, the factory building (132,000 square feet) will be entirely prefabricated.

Construction, which is expected to last a year, began just six months after the Liberian government and Jeety Rubber LLC signed the concession agreement in December last year.

Under the agreement, Jeety Rubber LLC will build, develop and operate a national rubber processing and production plant to produce tires and other natural rubber products.

The processing plant is also expected to produce gloves, rain boots and rubber bands, among others. The company will process approximately 25,000 tons of natural rubber per year.

Currently, Jeety has opened its doors to local rubber producers like the Farmers Hope Company, which now uses about an acre of its property to buy rubber from local farmers to ship overseas.

Mr. Jeety said the rationale behind this was to familiarize local farmers with his facility so that when the constructions are completed and his business begins to operate fully, local farmers would have become accustomed to his business.

Bong County Senator Henry Yallah is the CEO of Farmers Hope. He told reporters on the tour that he had a one-year deal with Jeety Rubber to use the facility to buy his rubber latex from local farmers and paid an annual rental fee of $1. .00 USD for use.

He said the arrangement will be reversed at the end of the year, to allow him to return to his own site.

Pointing to the floor strewn with dry rubber latex, Senator Yallah said: ‘This place is operated by Farmers Hope and the Farmers Hope company is mine. This company has been here for a little over a year, it’s 2022, and we started in February 2021.”

“So when Mr. Jeety brought his factory here, he asked us as a company to come here and start buying here to pave a way so that when he starts his processing of rubber, the farmers will know its place already,” Sen told Yallah.

He said their goal as a company is to work with Jeety to expose his factory and that is what he needs right now as construction is underway.

For Cita District Commissioner Roland Johnson, Jeety’s investment in the area has brought some economic relief to the citizens of the region.

He said it has also provided incentives for locals with over 200 locals already employed, many of whom are paid rent by Jeety.

He said Jeety was working on setting up a clinic in the village, with a Pakistani doctor already tapped as a resident doctor to run the clinic once it is completed.

Jeety has big dreams. He wants to make sure that the factory and the products are all up to international standards.

But being the first in a country that has been the biggest producer of rubber, it is expected to face stiff resistance, especially from companies that have operated here for nearly a century and have failed to process the rubber raw materials into finished products. – By Othello B. Garblah