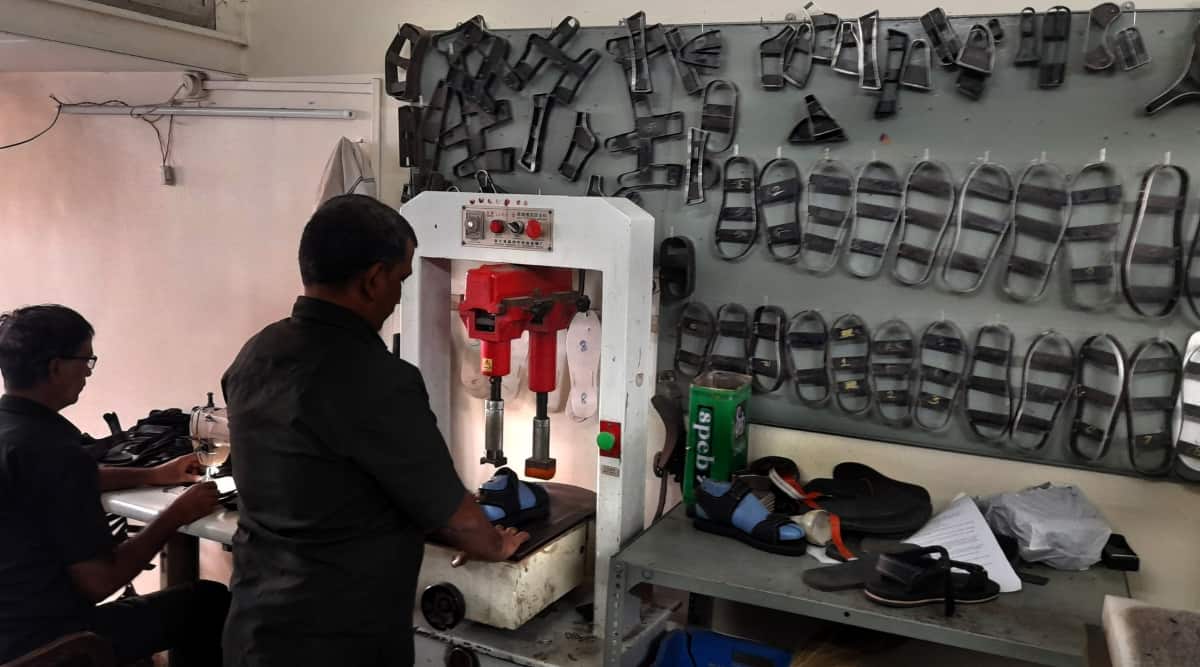 A 600 square foot shoe manufacturing unit in Vikhroli is supplying 20,000 pairs of specialized microcellular rubber (MCR) shoes for people affected by leprosy in the states of India. This is mainly occupied by recovered leprosy patients and their relatives, who are economically dependent on it. However, the unit’s operations are now slowing down, with demand falling by nearly 50% as the detection of new leprosy cases has dropped significantly during the Covid-19 pandemic.

MCR shoes are a godsend for leprosy patients, who are highly vulnerable to cuts, ulcers and injuries from nerve damage. These shoes help people with leprosy to walk comfortably and without fear of possible injury.

“In normal shoes a person walks on their toes and heels, this does not provide arch support. The rubber sheets used in MCR shoes are made up of air bubbles which help to balance the balance feet while walking,” said Joy Mancherli of Alert India, which is one of the largest manufacturers of MCR footwear for leprosy patients in India. Vikhroli’s unit was established in 2006, as extension of the shoe unit stationed at the Acworth Municipal Leprosy Hospital in Wadala, for its inpatients.

Every year they provide about 20,000 pairs of MCR sandals for leprosy patients across India including Maharashtra, Tamil Nadu, Punjab, Uttar Pradesh, Bihar, West Bengal and regions from the northeast. Most orders are placed by state governments. The sandals are provided for Rs 400 on a no-profit, no-loss basis.

But over the past two years, due to declining leprosy case detection and hospital attendance amid the pandemic, annual demand for sandals has fallen by 50% to 10,000. By this drop in production are workers like Pandurang Ahire, 45, who now face pay cuts to ensure the survival of the unit. Ahire, who was diagnosed with leprosy at the age of 17, has worked in the unit since 2006.
“Before Covid, we used to get Rs 20,000 a month but due to a drop in demand, we get Rs 16,000,” Ahire said.

The Covid-19 pandemic which overwhelmed the country’s health system had also put a damper on the detection of new leprosy cases in the country. A pan-India study conducted by an organization – The Leprosy Mission Trust India, Delhi revealed that active case-finding activities have been suspended in most states since April 2020.

In four states – Andhra Pradesh, Odisha, Bihar and Madhya Pradesh – the detection of new cases fell by 62.5% between April and September 2020, compared to the corresponding period in previous years. In 2019, these four states accounted for 35% of the total number of new cases reported in the country. These states reported 22,000 new leprosy cases from April to September 2019, but only 8,270 for the same period in 2020. The report will be released on Sunday.

For this reason, organizations like Alert India in India are also reporting a drastic drop in demand for these specialist shoes. John Kurian George of Fairmed India, Gurgaon, who works for the rehabilitation of people affected by leprosy, said: “As the patients could not go to the hospitals to get the shoes, the demand dropped.

The state government provides two pairs of shoes per year to each leprosy patient. During the pandemic, many patients have no choice but to buy normal rubber shoes from the market. For example, a 56-year-old recovered leprosy patient from Amravati was unable to go to the district hospital to get the MCR shoe amid the pandemic. So, in the past 15 months, he used a local rubber sandal to walk, but often injured himself while cultivating.

The state has now decided to rely on a door-to-door outreach program to detect new cases that may have been missed during the pandemic.

“Due to the lockdown and travel restrictions, many patients have not been able to get to hospitals, so there has been a decline in testing…” said Dr. Ramji Adkekar, National Program Manager eradication of leprosy.