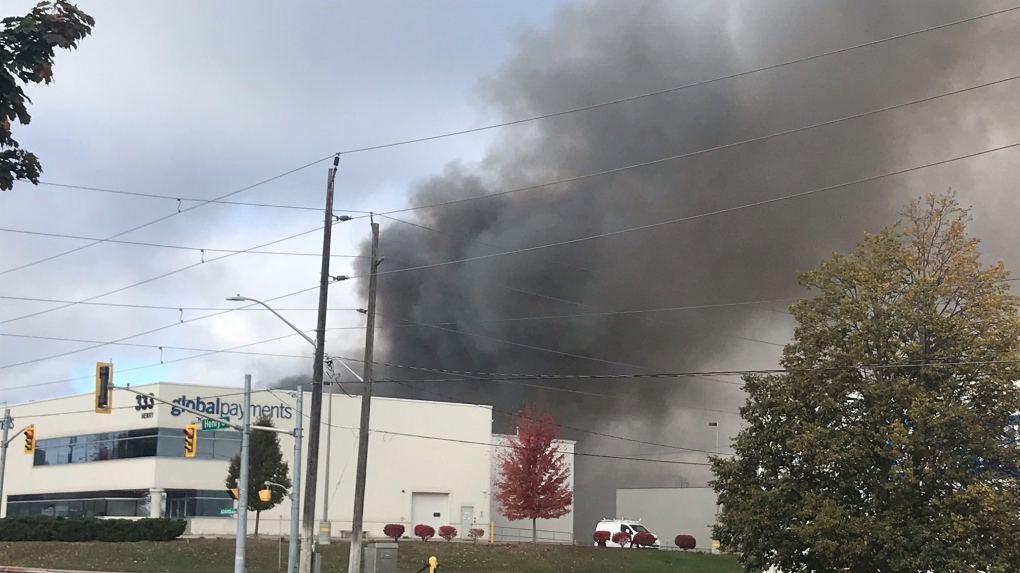 Air quality readings in the immediate area of ​​a fire at a slow-burning rubber plant in Brantford indicate a “low risk to public health,” according to the City of Brantford.

The city said air quality was being tested near 321 Henry Street after flames broke out around 8:30 p.m. Tuesday.

The Brant County Health Unit (BCHU) is working with the Department of Environment, Conservation and Parks (MECP) to monitor levels.

“The last readings taken at 3 a.m. [Thursday] morning reported that particulate levels in the air sampled in the immediate vicinity of Henry Street and Garden Avenue are low and as such the MECP and BCHU do not anticipate any health impacts to the public resulting from short-term exposure to the fire plume,” the City of Brantford said in a news release. “Furthermore, the levels are well below the ministry’s emergency screening values.”

They encourage those living in the immediate area to keep their doors and windows closed, as well as turn off HVAC systems and avoid extended periods outdoors.

Firefighters have been working nonstop since Tuesday, when firefighters first responded to the scene at the North West Rubber Company.

Thursday afternoon, piles of rubber mats were still smoldering in the storage yard.

Ryan Prosser, a professor of ecotoxicology at the University of Guelph, says the faster the teams, the better.

“Burning rubber mats likely release toxic chemicals into the air, some of which are likely carcinogenic.”

Even so, Prosser said the public shouldn’t be overly concerned about the health impact.

“It’s important that people don’t overreact. I mean, limit your exposure as best you can, but if the ministry says the concentration of those nasty things is low, they can be pretty confident they’ll be fine.

At 8:30 p.m. Thursday, the City of Brantford tweeted that the fire had “mostly been extinguished.” They added that firefighters “will remain on site until full extinguishment can be confirmed.” Hengry Street has reopened to traffic.

Progress is being made to extinguish the flames.

“Teams have been working very hard over the past few days and our neighboring fire departments have come in and offered a lot of help and a lot of support,” Pike said.

The Ontario Fire Marshal and Brantford Fire Department continue to investigate the cause of the fire, but do not believe it is suspicious.