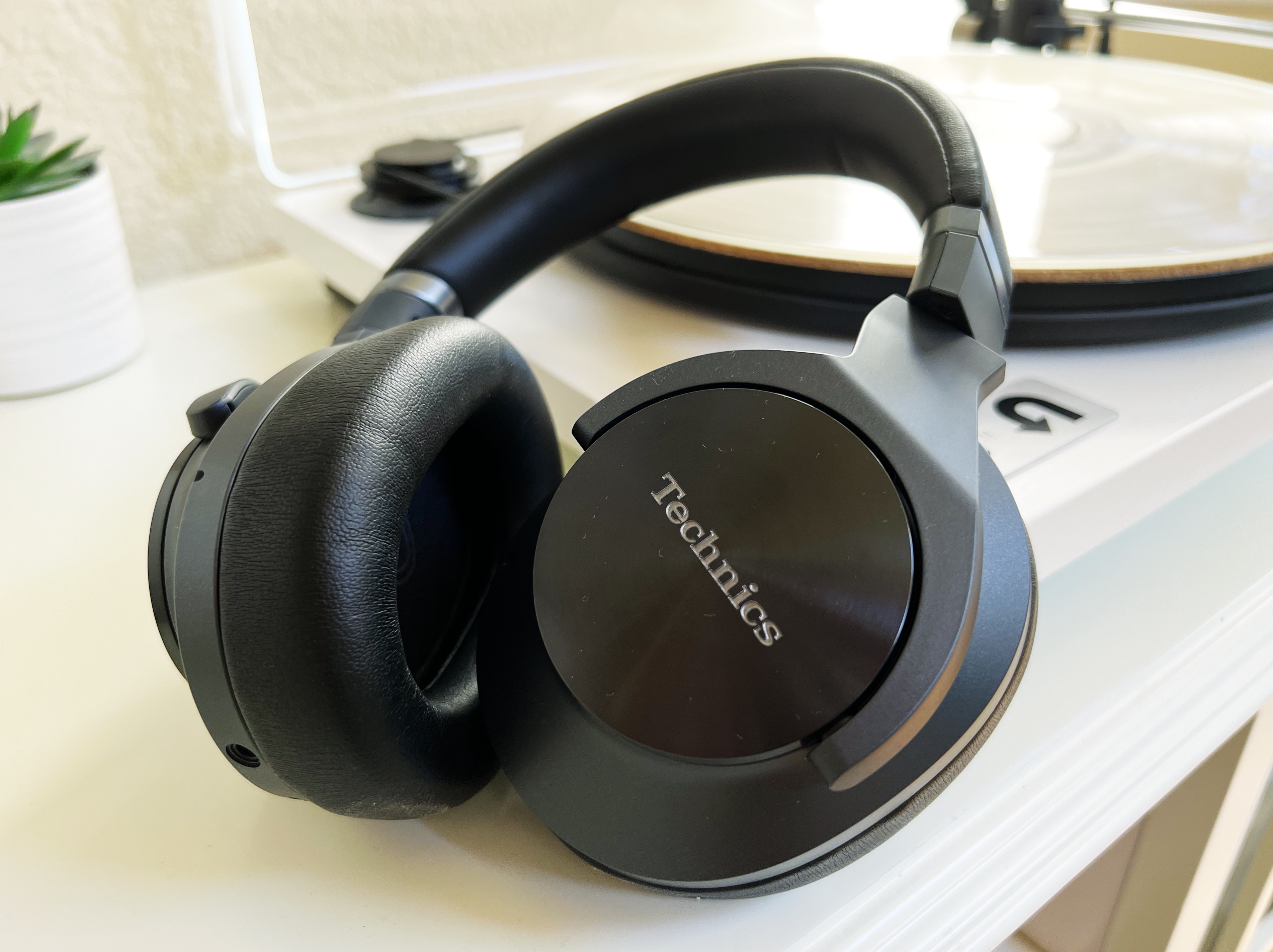 Every month we review and test dozens of products. To make sure the best gear doesn’t get lost in the mess, we’re highlighting our favorites—Newsweek’s March Favorites. This month we tried new running shoes, cell phones, TVs, computer monitors and even a Disney dog ​​toy.

Along with recapping the products that stand out, there are also mini reviews and things that we like but are complicated in some way. And if you want to know what kinds of gear other people are using, be sure to check out some of our stories on Talking Tech. As always, the prices listed below may fluctuate over time.

My new favorite high-end headset is the Technics EAH-A800. They run directly counter to Bose and Sony’s offerings in this space, but I think the newer Technics sound the best overall while still offering all the features you’d expect. I was also very pleased with the level of active noise cancellation (ANC) these wireless headphones can provide.

Samsung’s new flagship mobile phones, the S22, S22 Plus and S22 Ultra definitely make a compelling case to be your new Android phone of choice. I tested the S22, and really liked its size and features, while the S22 Ultra I used looked great in almost every way, unless you don’t want to carry around a big device.

The latest addition to Samsung’s Neo QLED lineup is the Q90B TV. Compared to last year’s model, it has four times more dimming zones for better screen brightness. Newsweek’s Josh Smith reviewed this mini LED TV and said, “It now has amazing blacks and vibrant colors, and does it with better software. It’s the best looking mini LED TV I’ve ever had. seen in this price range.”

The UA Flow Velociti Wind 2 are unique running shoes because they forgo rubber outsoles under your foot in order to make them as light as possible. It’s a nice idea, but long-term durability becomes an issue when you’re basically using midsole foam. After about 50 miles of running in the Flow Velociti Wind 2 shoes, I see some wear, but no more than on other shoes. During this time, I had no traction problems.

I tried the first version of this shoe last year and liked it. This new version, however, feels even better. I have achieved some of my best times wearing this model. The Flow foam is firm and offers great energy return while being remarkably light. I really like the mixed material on the tongue, which has mesh at the bottom and more padding at the top where the laces tie.

I mainly use these shoes for runs under 6 miles. I doubt many people find them comfortable for much longer distances. And since they’re geared towards shorter runs, the price seems a little high to me.

People who need a camera for video conferencing should check out the AnkerWork B600 Video Bar as an all-in-one solution. It features a 2K resolution camera, built-in four-microphone array, dimmable light, and dual speakers. It’s a great choice for adding these parts to your setup without having to research the parts individually. The unit attaches to the top of a computer screen, but it can also be screwed onto a tripod.

The B600 video bar was too heavy to mount on top of a MacBook Air screen, and it toppled over. I needed to put the camera on a small tripod to use it with my laptop. I used the camera in different lighting conditions and was really happy with its video quality. The built-in light helps in the dark, but it wasn’t as bright as I thought.

It’s not a deal-breaker, but it’s a bit annoying to deal with the extra AnkerWork software required to connect or change camera settings. The unit is compact considering everything it does, but it’s not tiny and will certainly take up space wherever you put it.

The Nomad Base One is a new MagSafe wireless charger capable of reaching the 15-watt full charge speed supported by iPhones. The device is great in many ways. It is elegant but with a high weight which gives it the appearance of a high-end product. It also uses a detectable USB-C cable, so if you need to extend the length, you can.

On the flip side though, using a detachable USB-C cable means it needs a more capable wall charger – 30 watts or more, in this case – to work. Apple’s MagSafe charger only needs 20 watts or more, by comparison. The other consideration is price. The premium experience doesn’t come cheap, at $130, especially compared to Apple’s $39 MagSafe charger. It’s a very nice device that will look great wherever you put it, but I’d be hard pressed to tell anyone that it’s worth it.

Harry Barker has a new line of Disney dog ​​toys and products. I got a Pluto toy to test out with my new pup, and he loved it. He loved it so much, in fact, that he was able to remove and eat part of the rope tail in just over a week. Most dog toys won’t survive forever, so I don’t blame Pluto for not making it out alive. But that would give me pause to pay $16 when a cheaper toy would probably last at least the same time.

While Pluto was there, before my dog ​​started stuffing, it was a great toy for him. The legs offered a thick area to bite into. There were two different squeaky parts in different places. The rustle of plastic in the ears and nose intrigued a curious pup, and the rope tail provided another texture to chew on. The toy is well thought out to keep a dog’s interest, as long as it can stay intact.

Buy from Harry Barker for $16.

I reviewed the Rollo wireless printer in early February and it was awesome. One aspect worth revisiting is how the Rollo prints the return labels that businesses send to customers. I’ve noticed that it can be a bit tricky to print these labels, as they come in different sizes and orientations. Well, Rollo has constantly improved its software to detect PDF labels sent to the printer and automatically resize and reorient them to fit its 4-inch by 6-inch thermal labels.

It’s a bit unclear whether a large or small label will auto-adjust, but it works most of the time. The company even researched how to better print labels from companies like StockX that don’t send PDFs.

Taylor Lorenz, The Washington Post columnist, answered questions about the gear and gadgets she uses, the apps she loves, and the tech she has her eye on.

I chatted with Apple Music 1 host Zane Lowe about working during the pandemic, vinyl records, NFTs, and the best thing he bought in the last year.

Newsweek may earn a commission from links on this page, but we only recommend products that we support. We participate in various affiliate marketing programs, which means we may earn commissions on editorially selected products purchased through our links to retailer sites.