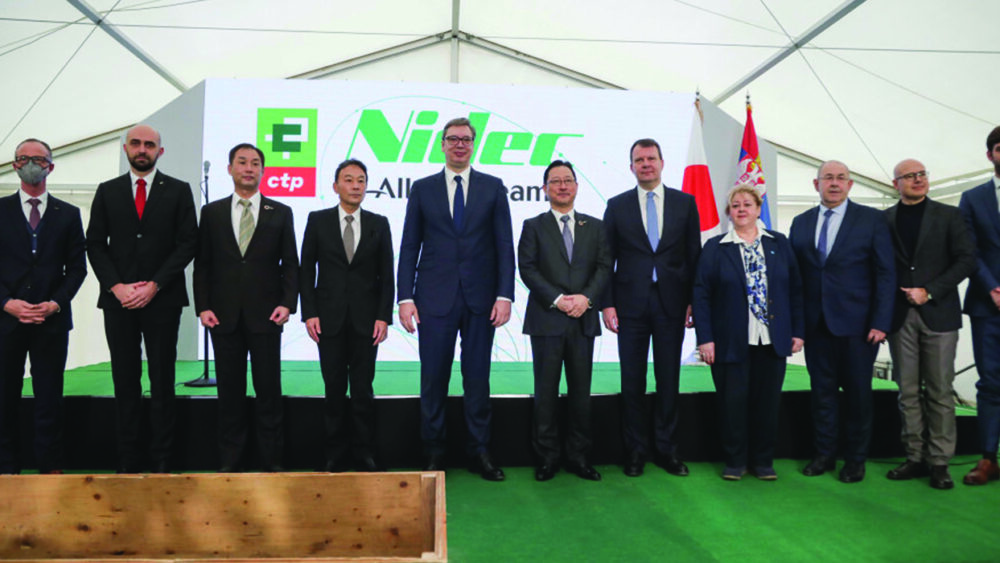 Nidec Corp. recently held a ceremony to lay the foundation stone for the construction of its new factory in Novi Sad, Serbia.

The groundbreaking event, held at the plant’s construction site in the city of Novi Sad in Serbia, was attended by the President of the Republic of Serbia, Mr. Aleksandar Vučić; the Mayor of Novi Sad, Mr. Miloš Vučević; and His Excellency Takahiko Katsumata, Japanese Ambassador to Serbia, among others.

In Europe, where environmental regulations and regulations of major countries on automotive CO2 emissions are increasingly strict, the demand for automotive engines is booming. Under these circumstances, in order to build an efficient system to supply the above-mentioned and other products in Europe, the company plans to open new factories in Serbia for several companies in the future. This commercial launch in Serbia is in line with the Western Balkan Cooperation Initiative that the Japanese government is currently promoting in Serbia and other countries, and is receiving considerable support from the governments of Japan and Serbia.

Serbia has many engineers in the fields of science and technology who are fluent in English. Nidec has started recruitment for Production Manager and Research & Development Specialist positions as candidates for the future Production Controller of group companies in Europe, and will also promote the recruitment of Engineering Members for the implementation in place of the new plant. Nidec seeks to design and develop products locally in Serbia and will strengthen relationships with local academic and research institutions to actively hire engineers.

As part of establishing the supply chain in Eastern Europe and preparing for operation in Serbia, the company will improve the selection of local suppliers for production equipment and service providers in the region , and will contribute to the improvement of the local economy throughout these activities.