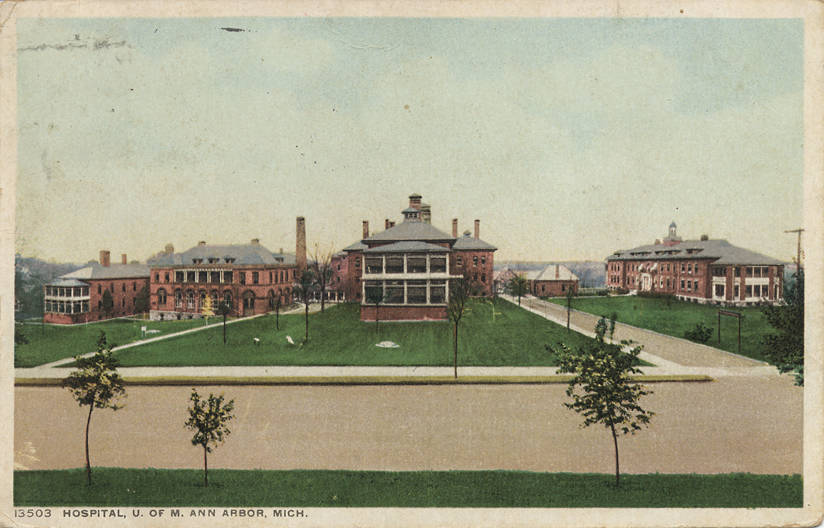 Alice Hamilton was the leading expert in occupational health and industrial toxicology at the peak of her career, but she has come a long and difficult road to get there. Hamilton was born in 1869 and raised in Fort Wayne, Indiana. Her grandfather had made money in the railroad industry and the family was well off, but that didn’t mean little Alice had everything she wanted. Her parents homeschooled her and her siblings, primarily in language and literature. They disagreed with public schools that place so much emphasis on science, history and math. Additionally, the Hamiltons lived a rather isolated life, which inspired her dreams of becoming a doctor: she wanted the freedom to go where she wanted, and a career in medicine would allow her to work anywhere. Hamilton would eventually travel the country, continuing his research and helping those who worked in dangerous industries.

In order to continue his studies in medicine, Hamilton had to overcome his lack of scientific education. She first studied physics, chemistry and biology with a local high school teacher, then at smaller medical schools before applying to the University of Michigan. It was there that Hamilton discovered that the practice of medicine was not really for him and instead decided to pursue science and research. Hamilton traveled to Germany to study bacteriology and pathology, where she was eventually allowed to take classes after overcoming policies barring entry to women.

After returning to the United States, Hamilton took a teaching position at the Women’s Medical School at Northwestern University in Chicago and lived in Hull House, where she would return time and time again to help the local community. As the immigrant population grew in cities, settlement houses like Hull House became popular in the late 19th century, as they provided a variety of tuition, health care, and child care to urban communities. When she wasn’t teaching, Hamilton got to know the low-income urban communities of industrial Chicago. She opened a clinic for infants and young children that offered baths and counseled new mothers. It was in Chicago that Hamilton first encountered an occupational disease and was inspired to research its causes and treatments.

In 1908, Hamilton published his first report on occupational diseases, one of the only sources available on the subject in the United States. Her work caught the attention of people in the field, and she was appointed to the new Illinois Occupational Disease Commission in 1910. Over the next year, the commission studied the high death rates due to lead poisoning in various industries. Hamilton investigated the production of enamel, rubber and paint, all using lead, to determine the source of the deaths. The many cases of “wrist drop” or wrist paralysis prompted many of his investigations, but lead poisoning can also cause anemia, fatigue, infertility, seizures, and senility. . During his year on the commission, Hamilton traveled all over town researching the industrial uses of lead. She learned manufacturing processes on the fly in order to identify where lead dust or fumes were being created. It was hard and frustrating work, but Hamilton found it rewarding and exciting to be involved in such a new field of medicine.

Hamilton didn’t stop at Illinois State. She then worked for the US Department of Commerce under Commissioner of Labor Charles Neill. Neill wanted Hamilton to expand his investigations nationwide. During this time, Hamilton learned to look for a “lead line”, a deposit of black lead sulfide that accumulated under the gums of workers who regularly breathed lead. Over the next decade, she traveled the country, investigating not only lead poisoning, but also deaths from carbon monoxide, benzene, mercury, hydrogen sulfide, and more.

All of Hamilton’s work for the labor commissioner was done without pay and with very little support, except for the government’s promise to buy her final report. The economy at the time was laissez-faire, meaning the government didn’t over-regulate businesses and couldn’t devote a lot of resources to investigating their practices. But Hamilton didn’t shy away from doing the job that needed to be done. She promoted “shoe leather epidemiology” and personally visited suspect factories and searched through numerous hospital records in order to establish links between the industry and the disease. His work has gained international recognition.

Alice Hamilton’s work has shed light on the dangers of industrial work, but that doesn’t mean corporations have always listened to her. She was working in a new and unfamiliar medical field. At a time when industrialization was hugely profitable and factory owners sometimes put greed before the health of their workers, his efforts were largely ignored. Early in his career, Hamilton believed that factory managers simply ignored the dangers and personally tried to persuade them to adopt safer practices. Some, like employer Edward Cornish, listened and improved working conditions for their employees, but often his warnings were ignored. As a result, she hoped for government intervention, but Hamilton later said that in the 25 years since she started in the field, almost no progress has been made on industrial safety legislation. That being said, his work inspired some state laws that required regular medical checkups for workers and basic safety equipment for smelting hazardous metals.