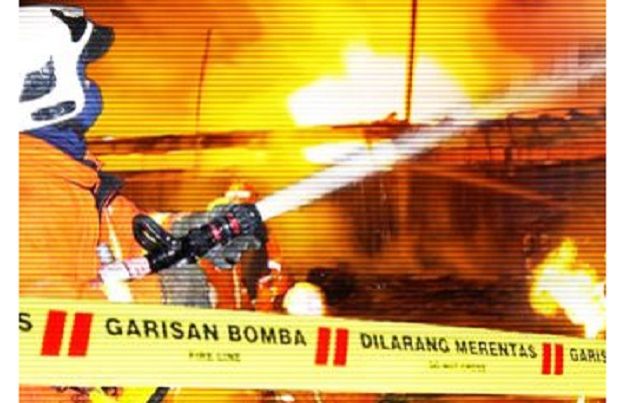 PASIR GUDANG: A factory worker suffered burns to his arm while another broke his left leg while escaping from a fire at a petrochemical plant near here.

Superintendent Mohd Sohaimi Ishak of Seri Alam OCPD said the worker who broke his leg jumped out of the factory to save himself upon hearing the explosions.

He said the fire occurred at the factory of Lotte Ube Synthetic Rubber Sdn Bhd in Tanjung Langsat Industrial Park on Thursday February 24 around 5:16 p.m.

He said the two victims were sent to Penawar Hospital here for treatment.

“Three spherical tanks containing cement rubber were on fire when our team arrived on the scene,” Ibrahim said in a statement.

He said firefighters used foam repair monitors to extinguish the blaze and were assisted by water monitors from the Titan factory to “cool down” the three tanks.

“Overhaul work was carried out after the fire was extinguished by covering the tanks with foam,” Ibrahim said, adding that the Hazmat team had taken over to monitor the situation.

He said the Hazmat team used gas monitors to monitor the current air quality on the oil tanker platforms.

Operations ended around 10:05 p.m. and the cause of the fire and casualties were still under investigation.